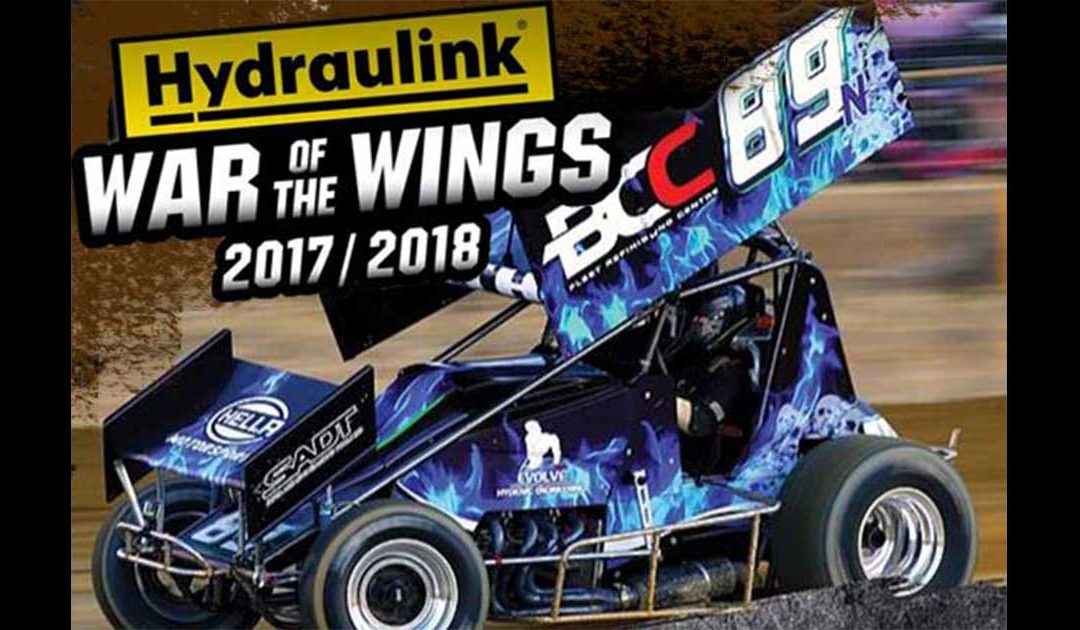 Sprintcars War of the Wings

SPRINTCARS WAR OF THE WINGS:

Since the conception of the South Island’s War Of The Wings series now sponsored by Hydraulink originated back in 1997 it has grown from strength to strength.

The series was created to promote and develop Sprintcar racing in the South Island, from the outset it was a bit of a struggle with only a handful of Sprintcars and it started to look doomed.

Until the guys behind it managed to convince a few Modified drivers to put tails on their Modifieds and soon after, the series started to pick up. Although still a struggle for a few years, the series stopped during the 2005/06 and 2006/07 seasons.

After this short break, former Jet Boat racer Jason Scott was the driving force behind the re-birth of War Of The Wings with some big ideas and a real determination. It is quite outstanding to see the Sprintcar numbers in the South Island grow. Nowadays numbers are hitting the mid 30’s.

More competitors are now so keen to be involved in this series, upwards of 27 plus entries can be seen at any given round.

This year there are 20 Competitors commited to each round. A few from the North Island will also make an appearance at various rounds this Year.

The series is run over 11 shows on points accumilated.

each group has 2 heats each, then b-main and Final.

Round one was held last weekend at Ruapuna with 27 entries

The final was won by 44t Daniel Anderson 2nd home 57n Connor Rangi and rounding out the podium in 3rd place was 64c Matt Honeywell.

Other placings went to:

The next round is at Nelson’s Top of the South Speedway on Saturday 18th Nov.

This Sprintcar series is one of the best you will ever see. If you are near one of the tracks on any of the above dates, get yourself there to watch these Winged Warriors and competitors strut their stuff.

One of the up and coming young talented competitors is Alicia McLauchlan from Nelson. SDU have followed her progress through the Three Quarter class. The video provided below features Alicia.

SDU would like to thank Allan Batt for his help and also credit to Joseph Johnson Photography for the use of video content.

We Also would like to wish all competitors taking part in the War Of The Wings series all the best. SDU will keep you up todate with the progress of this years series.