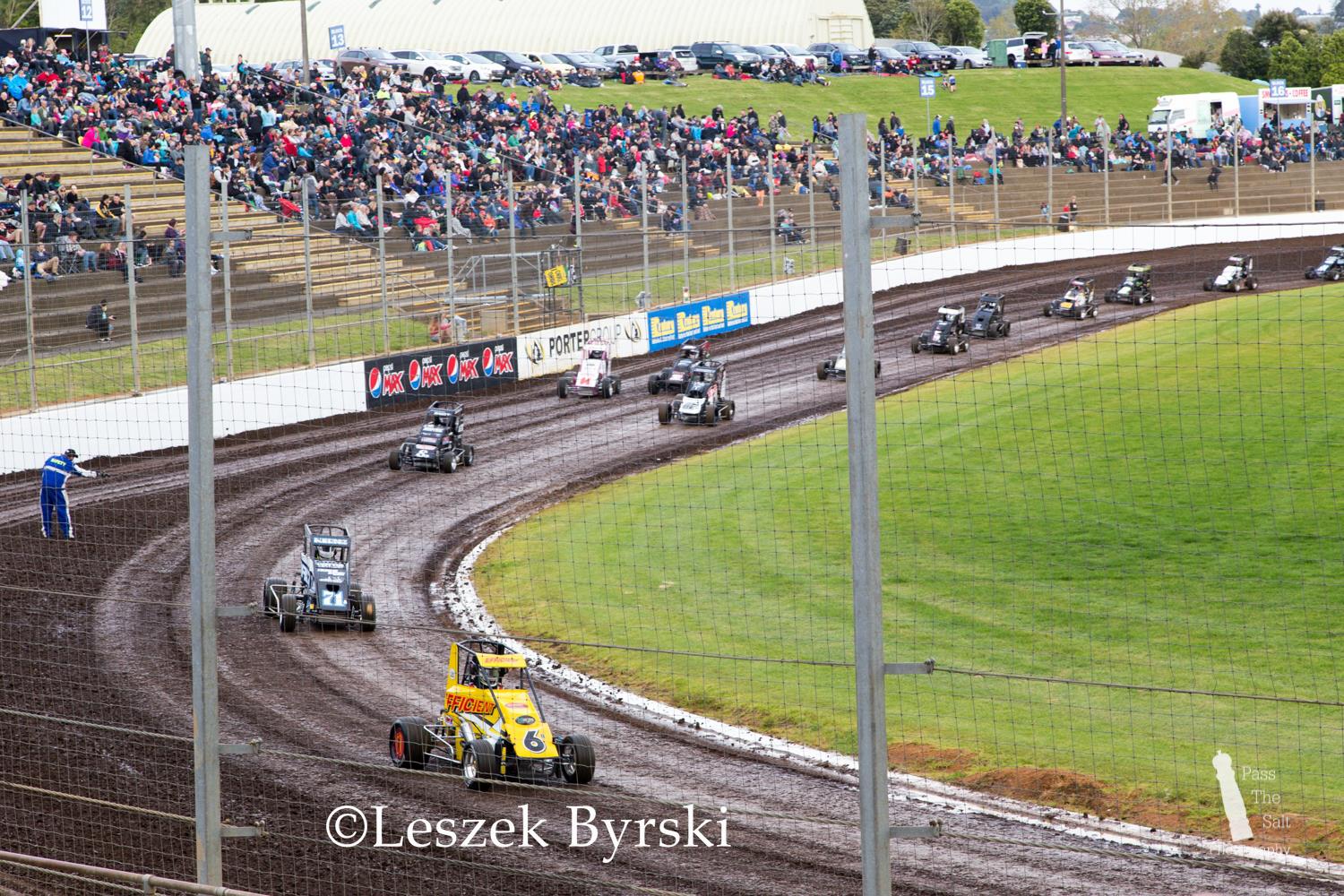 How Was the First Run of the New Track Surface?

There have been a few changes at the Springs this season, one of the biggest changes (aside from you now having to call it Vodafone Speedway) is the new track surface. Western Springs, oh sorry… Vodafone Speedway began work to completely replace the surface of the track in the hope that it would provide a solution to the dust problem, as well as give drivers at least two racing lines.

Drivers and officials worked closely to help ensure it was carefully planned out. Field Turf NZ Limited, the team who were organizing the changes to the track have ensured that everything went to plan. Replacing the surface of a quarter mile speedway track doesn’t come cheap, so they wanted to get it right.

So as the 2016-17 race season began on Saturday 5th of November at Vodafone Speedway, the question on a lot of peoples minds was… Was the new surface any good? Those who went on Saturday that have been attending Western Springs for a long time will have noticed a new chocolate brown coloured track as opposed to the normal orange we are used to washing off our cars after meetings at the springs.

The new track surface is very different to the old. It contains 70% clay which was supposed to help prevent dust and allow spectators to get a clearer view of what was going. This will be great especially during Sprint Car Races. The weather conditions on the first meeting were not the most desired, but we managed to see all races aside from the Sprint Car Feature which was Called due to the rain. A few showers at the beginning of the night also added another layer of moisture to the track which led to a delay while it was packed down a bit. As the night went on, the track did seem to provide a different experience for the drivers who were still getting used to racing on the new surface.

The SDU team noticed a big difference in the dust, which there was barely any to be seen. We spoke to a few drivers after the meeting including Hayden Williams. They all had very positive things to say about the new surface, saying that it was very fast to race on and are excited to see what it has to offer in the next few meetings. Obviously there will be nights where the track isn’t 100%, and you will never be able to please everyone, but Western… Vodafone Speedway have done a good job on trying to improve the track conditions and it will be exciting to see what is to come as the season progresses.

If this new surface provides a positive change, we may begin to see other tracks around New Zealand – for example Bay Park, looking at different options. We are sure they will be watching closely to see how the new surface improves the dust problem as well as improves the racing and it will be interesting to see how it goes.

Let us know your thoughts on the new surface and how you think it will change the racing at Vodafone Speedway.